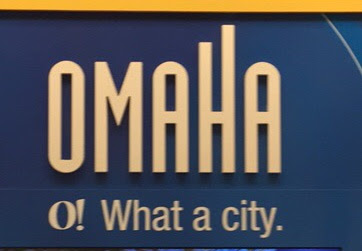 It's not my birthday...although if any of you think I'm only 40, thank you, I'm flattered. No, I'm talking about visiting my 40th state: Nebraska. Nebraska was tricky to visit. I mean, logistically, it's easy--about a two hour direct flight on Southwest. It's just that no one I know actually wanted to visit Nebraska. No one. So when Paul announced that he had a business meeting in Omaha, I figured this might be my best and only chance. 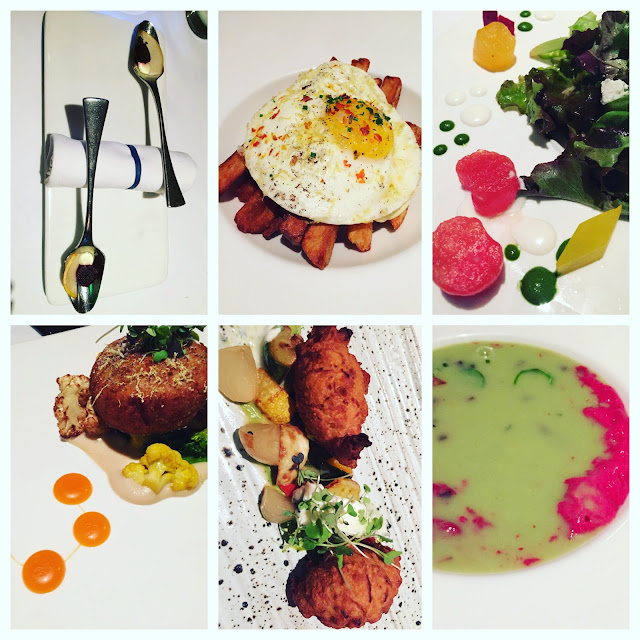 I flew in to meet Paul after his meetings on a rainy Friday night and downtown Omaha is a short 10 minute ride from the airport. Our first stop was dinner at The Grey Plume, which is a "Farm to Fork" restaurant featuring seasonal cuisine using produce and livestock from local farmers.  In hindsight, we ordered way too much food but it was all so colorful and beautifully presented that we couldn't help it. 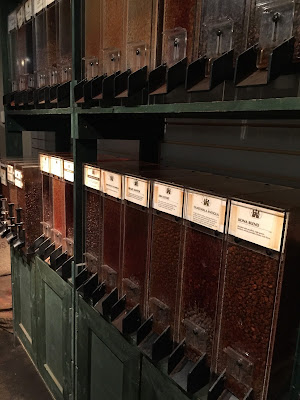 The rainy weather continued into Saturday morning so we bundled up into the misty dark in search of a local coffee shop and the Farmer's market. We didn't rent a car because everything was walkable and our Hilton Garden Inn offered a complimentary shuttle if we didn't feel like walking.  We walked along cobblestone streets in the Old Market district where we ducked into the 13th St. Coffee company. The walls were lined with shelves sagging with books and old-timers sat around the tables paying bills and sharing stories. Warmed by our coffee, we wandered over to the Farmer's Market to browse the local produce and products. I met a young welder who, when he wasn't busy in kindergarten, helped his dad recycle old horseshoes into pumpkins. I definitely would have bought one except they weighed a ton and I didn't think it would fit in my carry-on for the return flight. 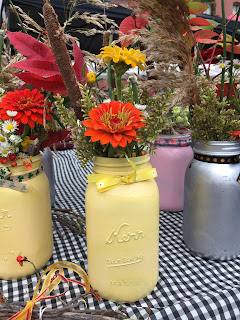 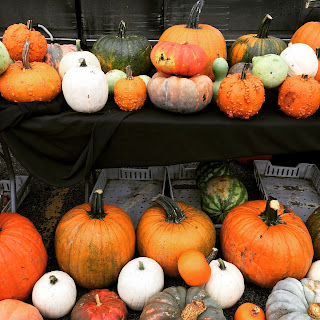 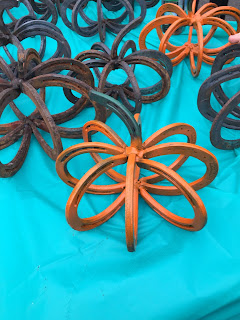 We left the farmer's market with plans to stroll around Heartland of America Park but the drizzle turned into a steady rain so after a quick look at the fountain, we aborted the plan and opted for the indoor option of the Durham Museum instead. 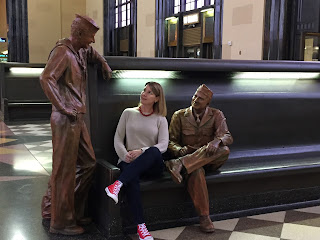 The Durham Museum is housed in Omaha's former Union Station and one exhibit focuses on the impact of railroads in the area. We also enjoyed exhibits on the history of the region, 100 years of Omaha Steaks, and a temporary exhibit called "Zoom into Nano" about the growing science of nanotechnology.

By the time we left the museum, the sun was shining! It was time to meet a bridge named Bob. The Bob Kerrey Pedestrian Bridge connects two states, so of course we had to take a picture with one foot in each state. (This is called "Bobbing" according to Bob.) 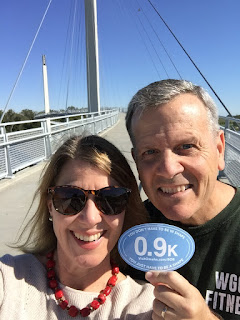 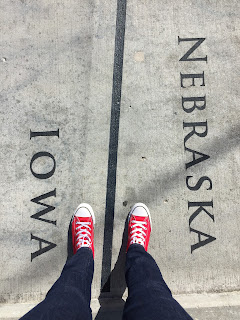 After completing our 0.9K, we celebrated with a little souvenir shopping. My two favorite shops: 1)Hollywood Candy, a warehouse of every type of candy you can imagine, including an impressive collection of PEZ dispensers and wax lips. I even found Zero bars, the candy my grandfather used to buy for me. 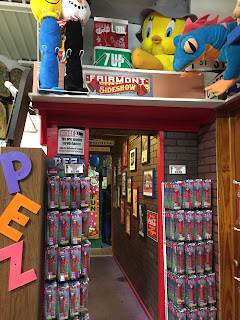 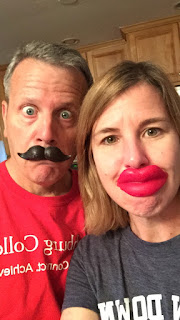 2)True Blue Goods and Gifts, which featured the work of local artisans. We were intrigued by the cigarette machine refurbished to sell art instead of smokes. Who could resist pulling the knob to release "Random Funsville?" I won't tell you what I got. But it was random. And fun. 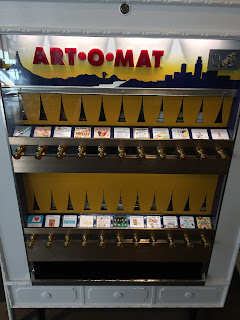 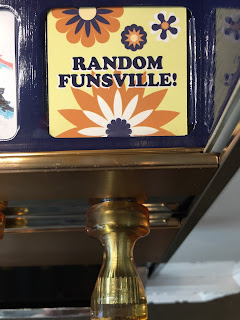 By now we had worked up an appetite for dinner, which HAD to be steak, of course. The portions listed on the menu were huge, and thankfully our server at Spencer's suggested splitting the meal. So, between the two of us, we devoured a mouthwatering 20 oz. bone-in ribeye, truffle mac-n-cheese, and maple-bacon roasted Brussel sprouts. 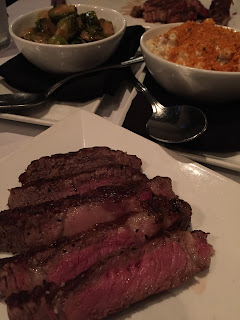 Our last stop of the day was The Blue Barn Theatre to see Every Brilliant Thing. For those of you who know me, it was a play about writing a list. Of course I had to go! Reading the theatre's synopsis, the play was about more than that: You’re seven years old. Mom’s in the hospital. Dad says she’s done something stupid. To cheer her up, you start to make a list of everything that’s brilliant about the world. Everything that’s worth living for. You leave it on her pillow. You know she’s read it because she’s corrected your spelling. Soon, the list will take on a life of its own.  We weren't sure what to expect, but it was a sweet, funny and sad play about depression. The audience was invited to participate, so Paul and I both received lines from the play to call out. 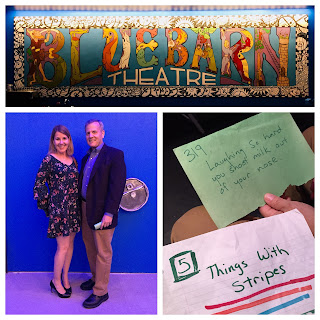 Did I just arrive in Nebraska yesterday? 24 hours and 20,000 steps later, we had experienced our own list of brilliant things that Omaha has to offer that make it a city worth visiting. And Nebraska becomes #40 on my list of states.