When people found out Paul and I were running in a half marathon in Moab, UT, there were two types of responses: "Why Utah?" or "Have fun!"
Most of the "Why Utah?" responses came from Paul's friends.  That's probably because he is the sane, rational partner in our relationship and flying half way across the country just to run 13.1 miles doesn't strike some people as a logical idea.
Most of the "Have fun!" responses were from my friends.  They already heard me dreaming about "The Other Half" after reading a Runner's World magazine article where the race was listed as one of the 10 best half marathons in the country.  They already know that I have this crazy idea that I want to visit all 50 states before I turn 50.
Luckily, I'm married to Paul--a man who loves me and tolerates my crazy ideas.  Since the summer we've been training, adding mileage and making plans.  Then, I have to admit, the week before the trip, I began to seriously question the whole idea.  What was I thinking, trying to leave town for 4 days in the middle of first quarter?  Would my dad survive a weekend with two moody teenagers?  I spent the week running around writing detailed sub plans for work, preparing the house for our absence and packing.  Maybe that's why everyone kept telling me to "Have fun!"  They were probably concerned that I'd worry too much and forget to relax for the trip. 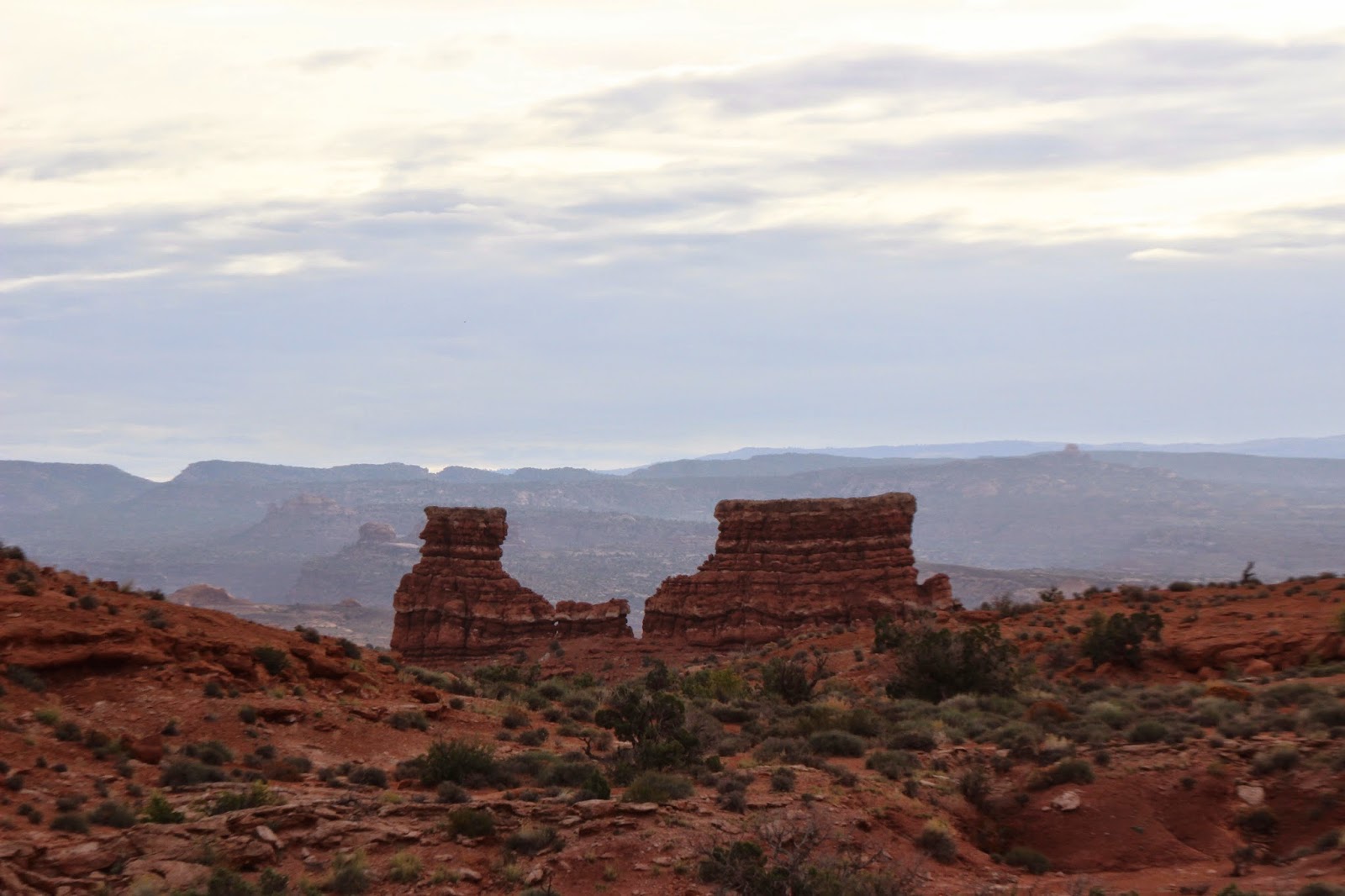 and I began to relax. 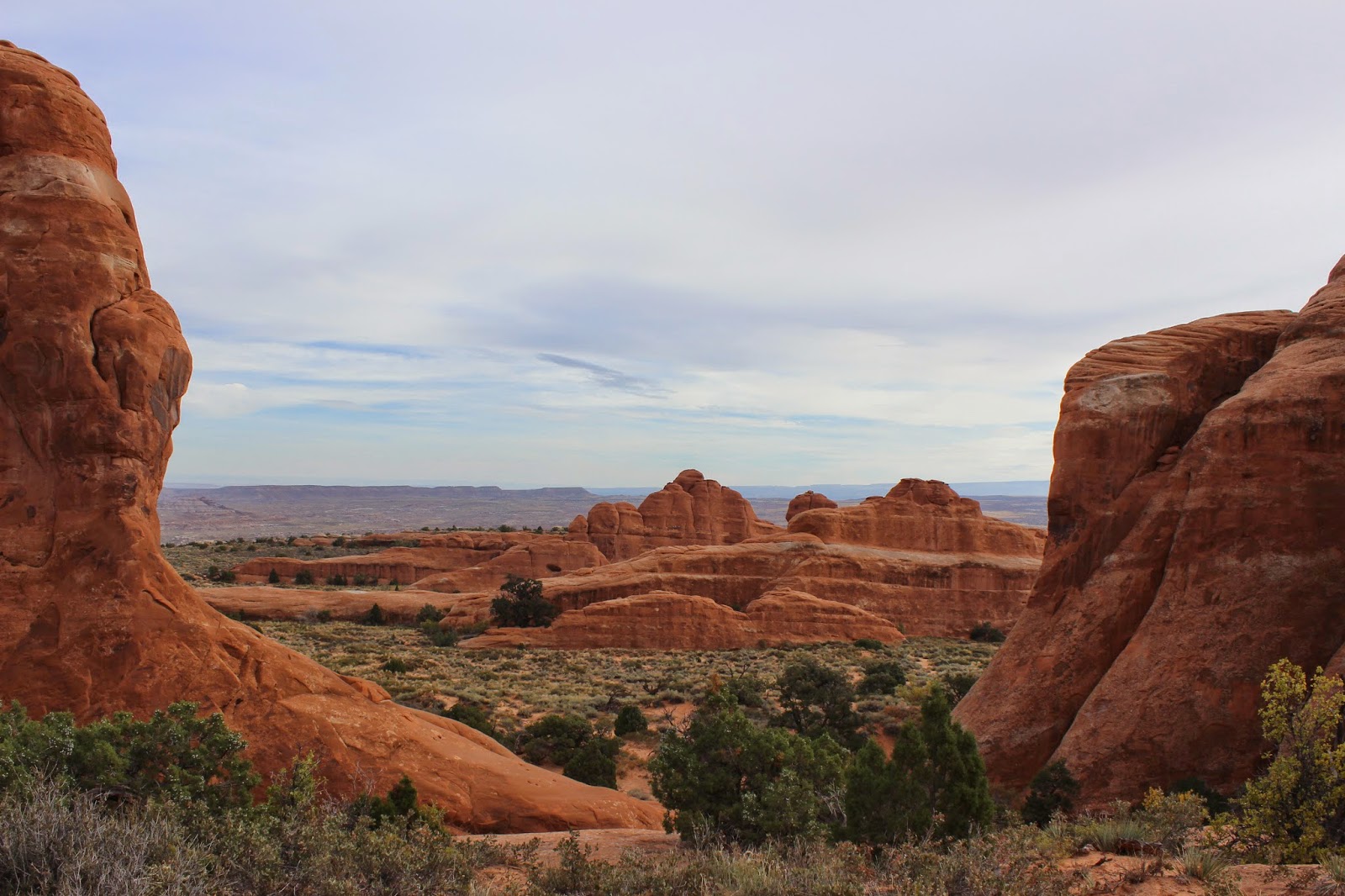 I began to breathe. 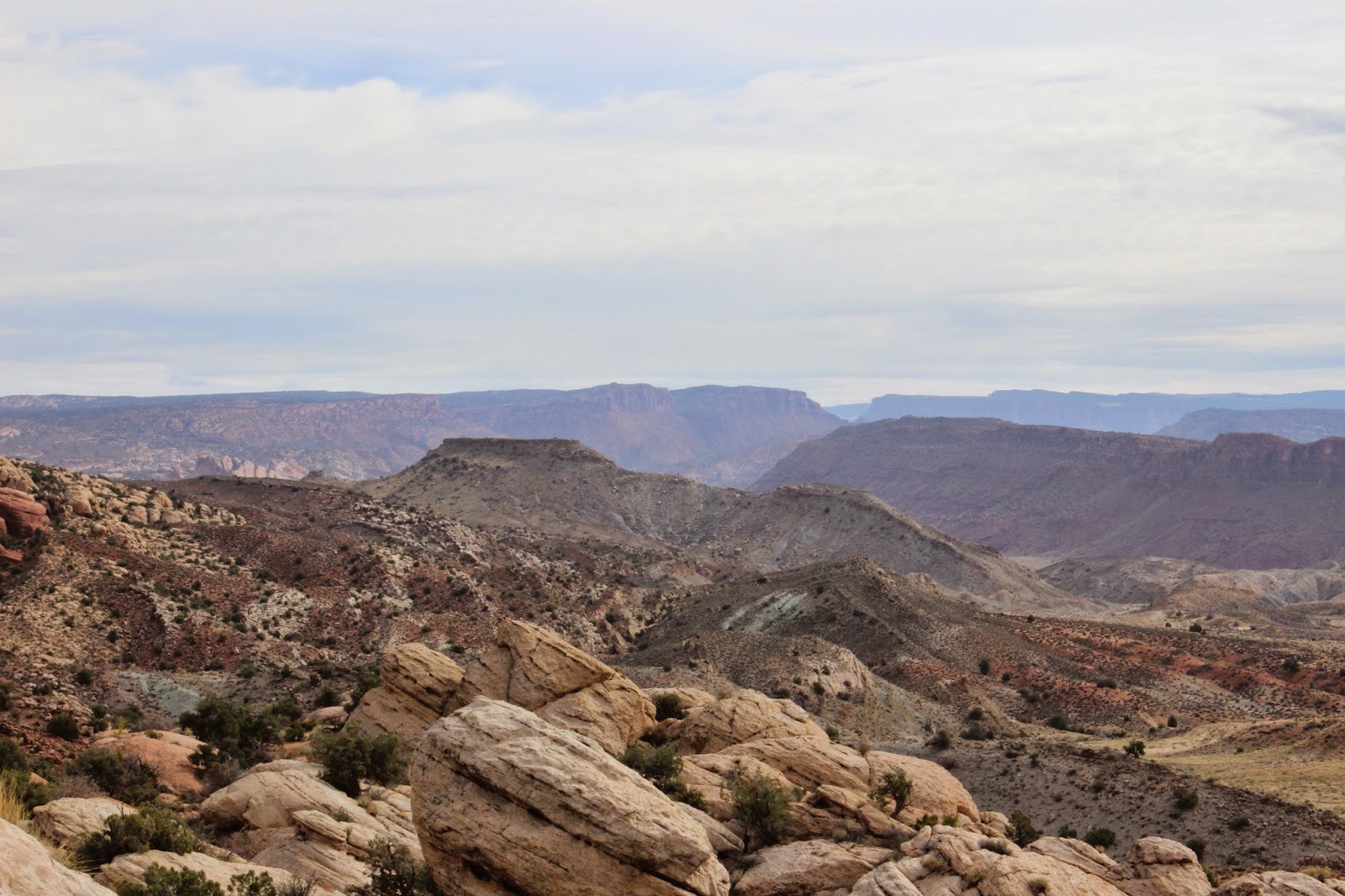 And I knew we made the right decision to come. 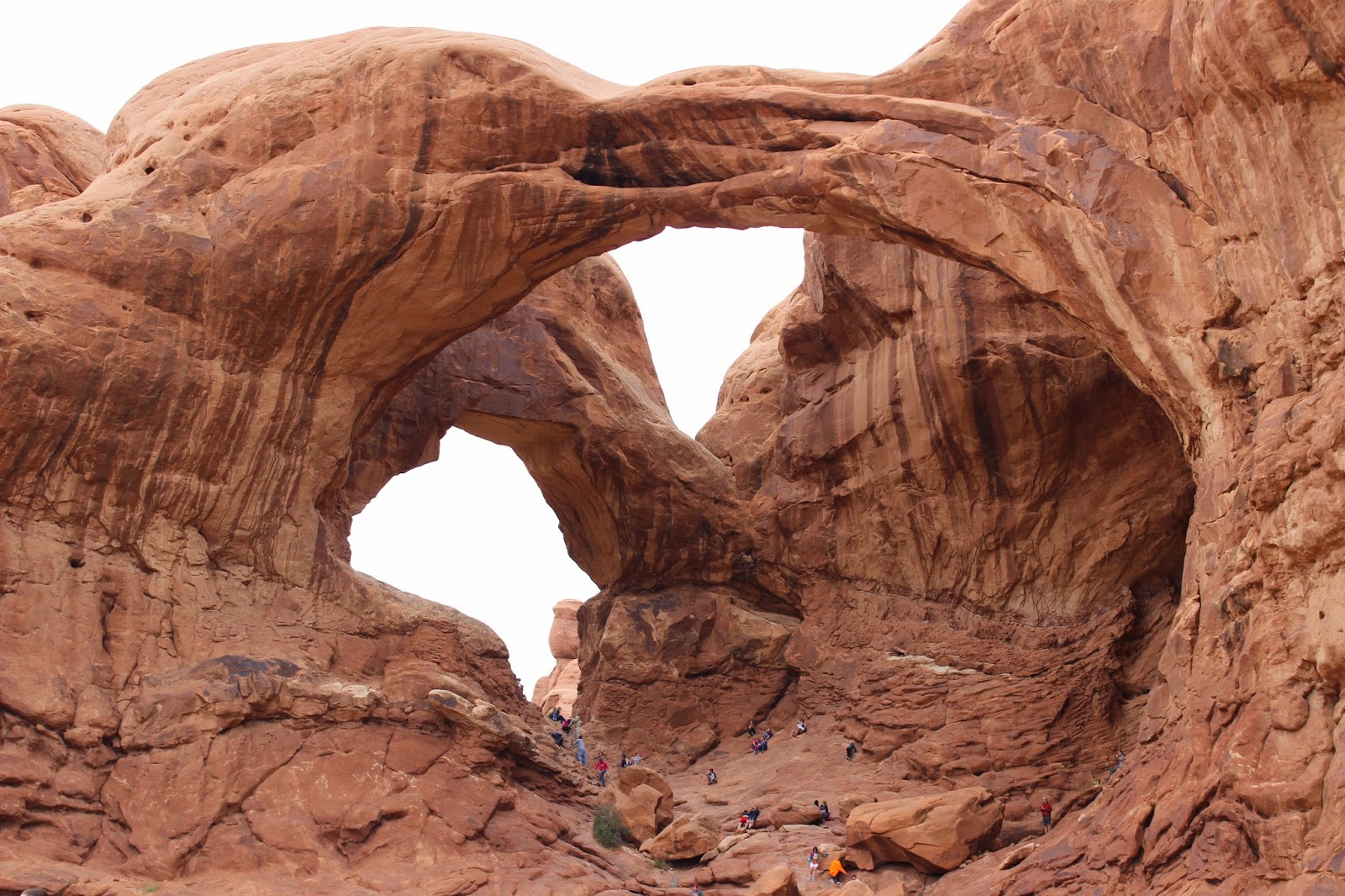 We spent our first day at Arches National Park. 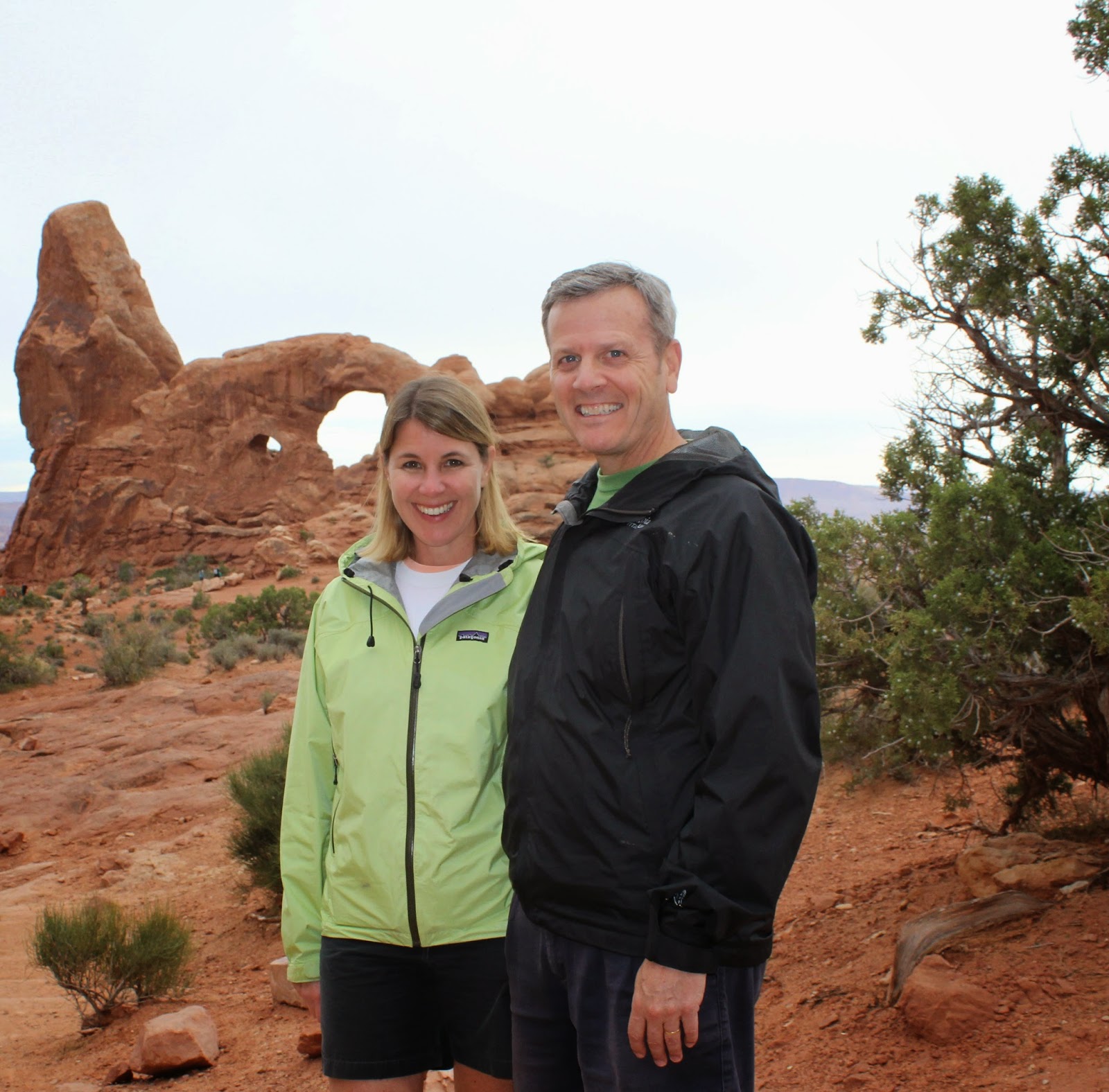 Because doesn't everyone hike 5 miles the day before their half marathon? 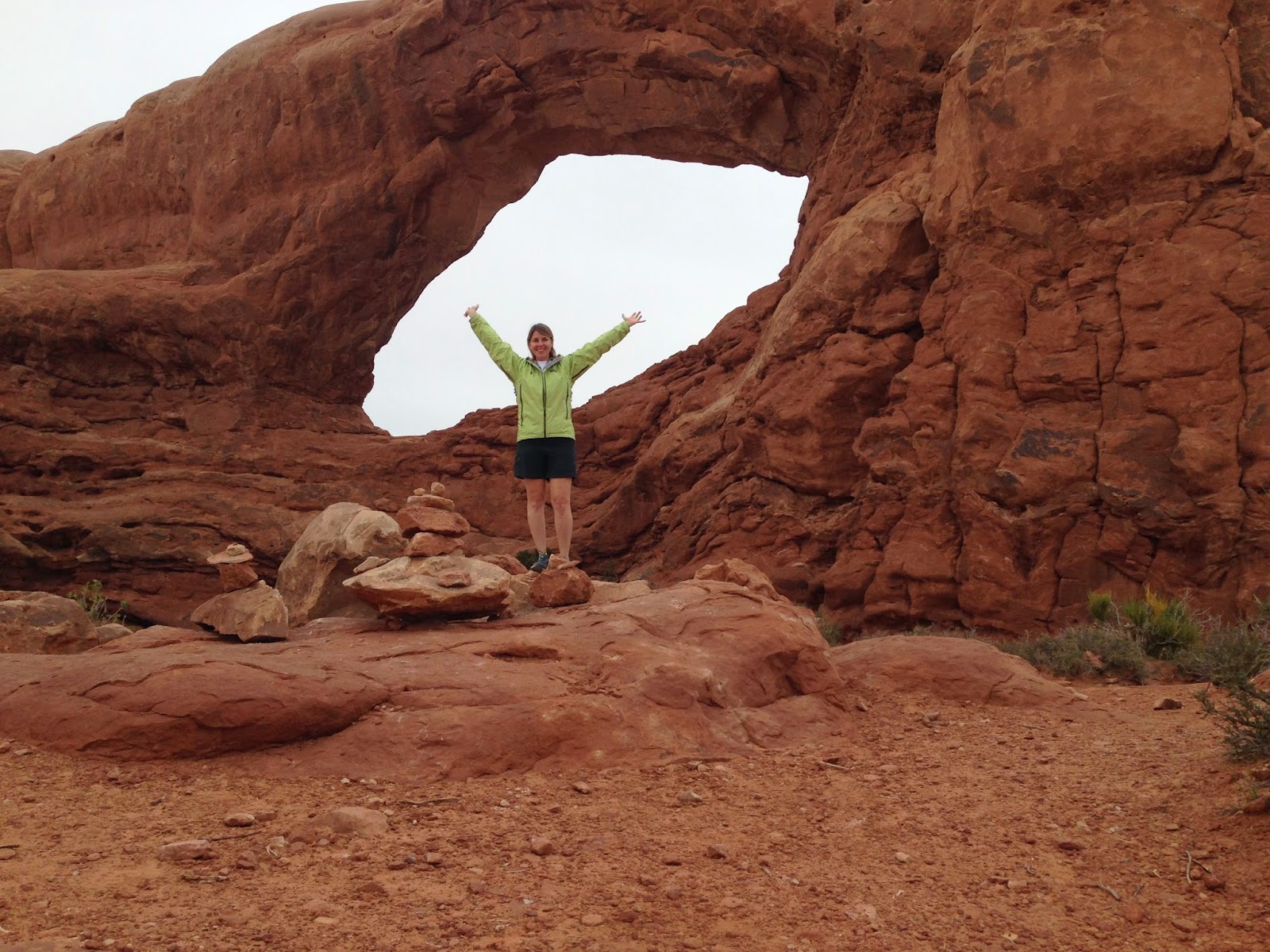 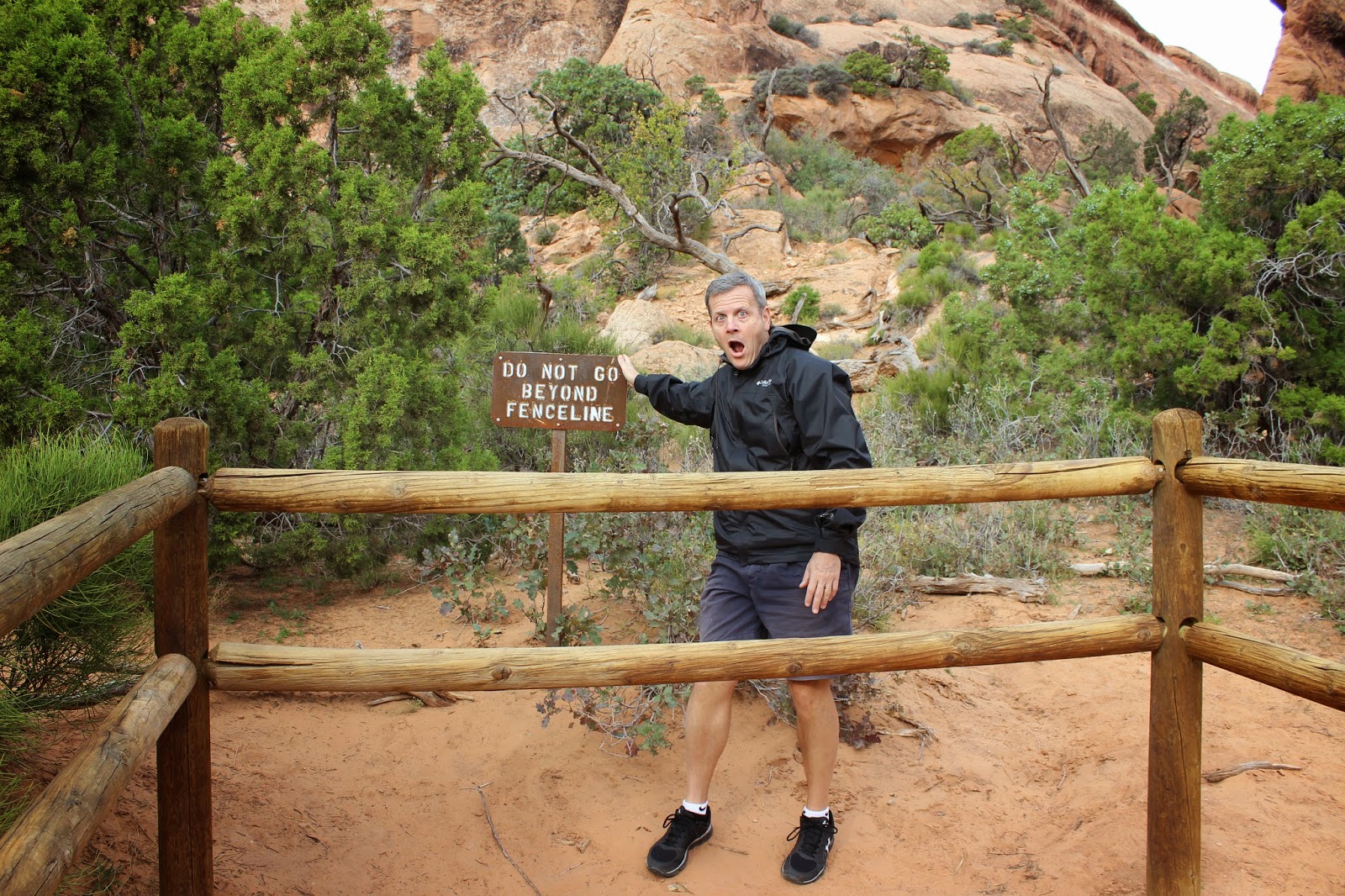 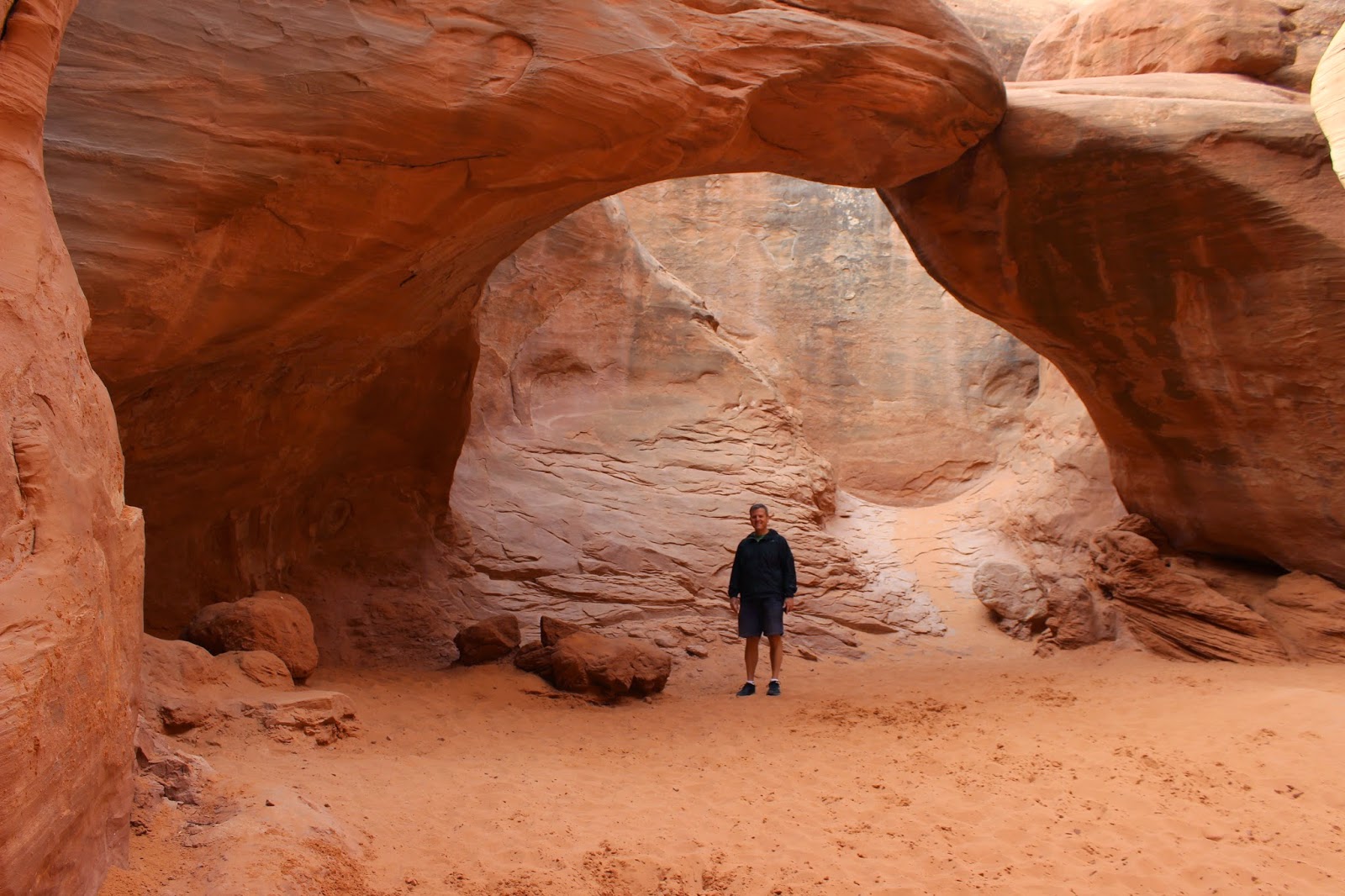 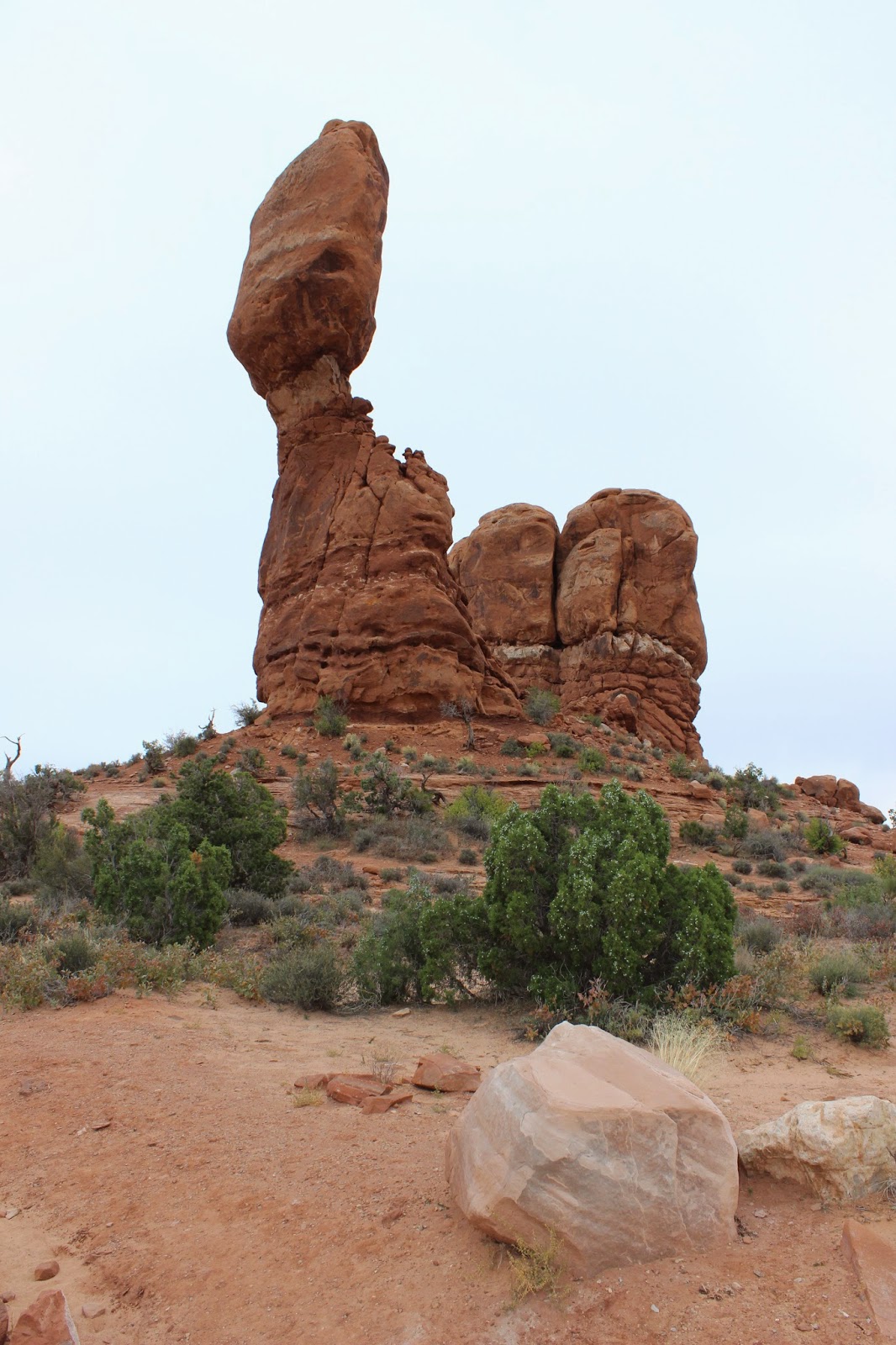 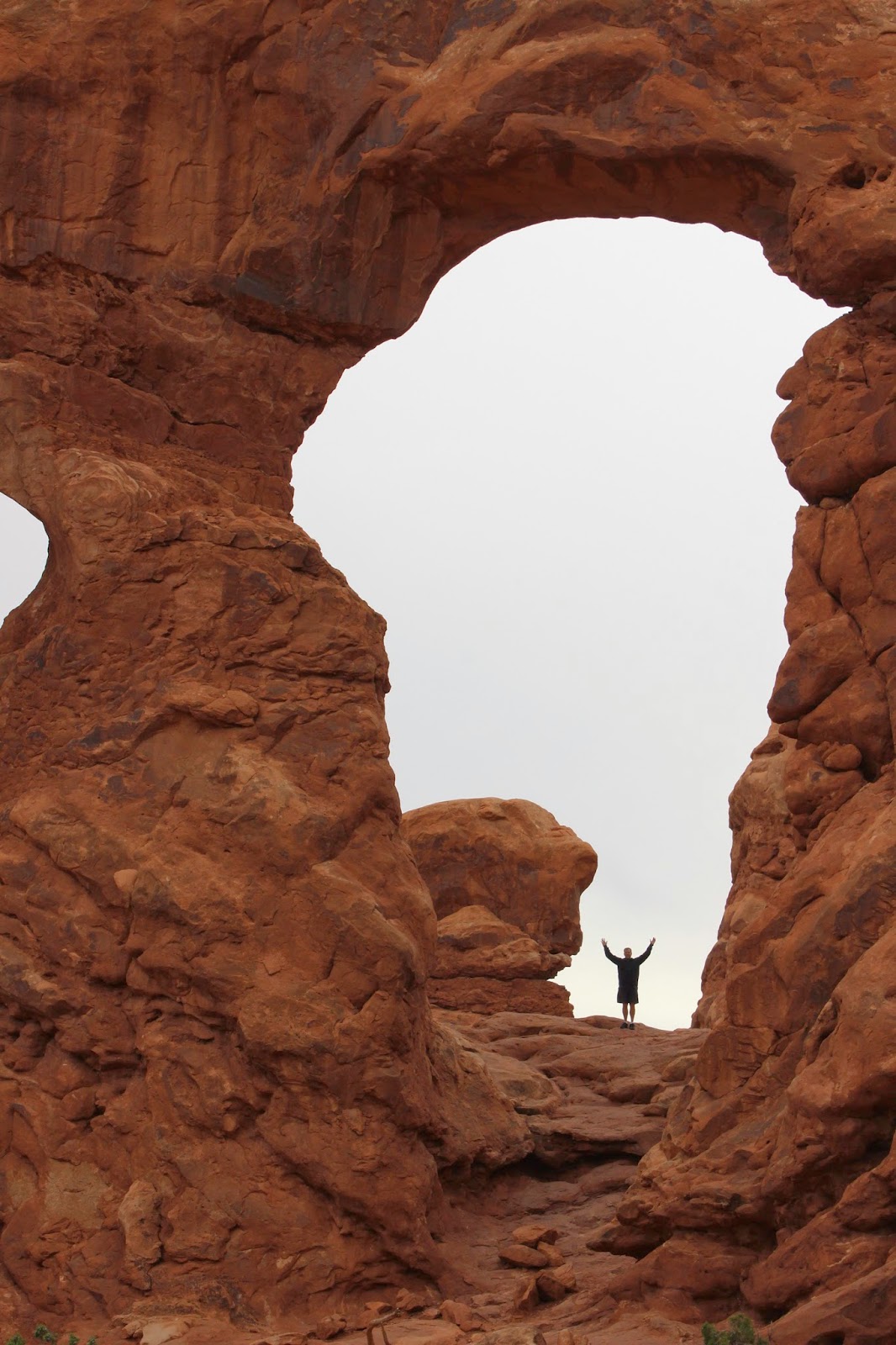 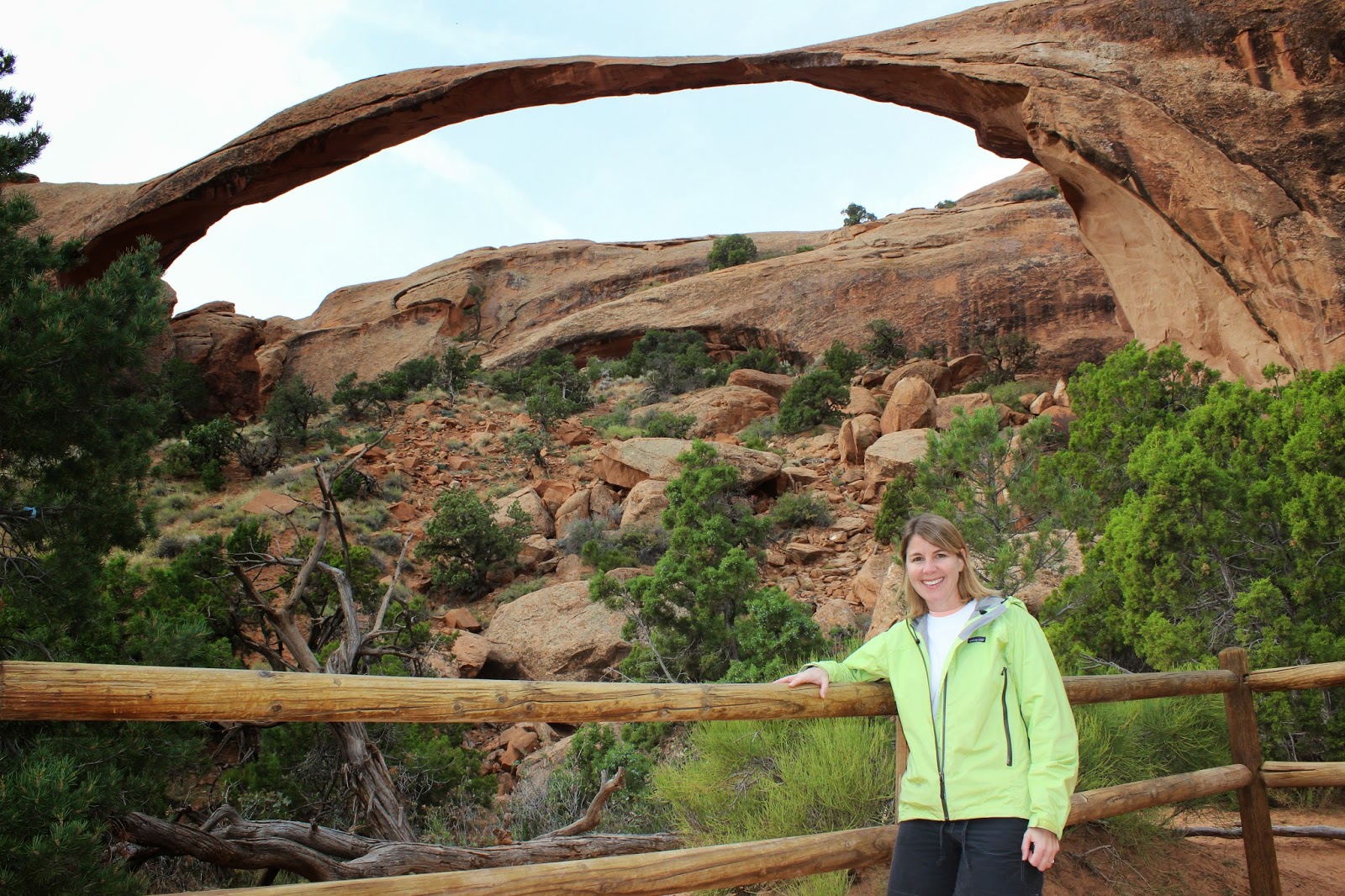 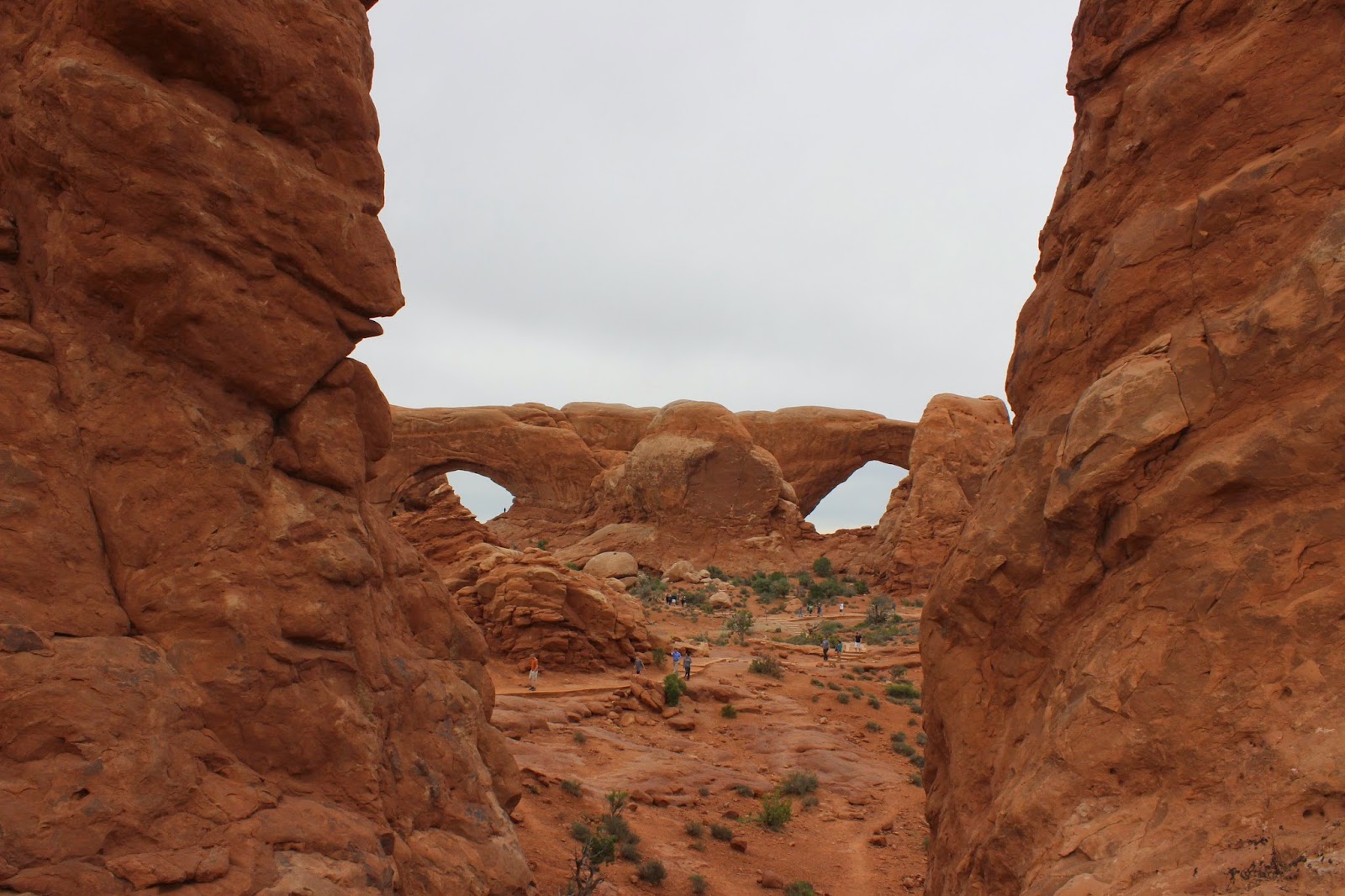 Sunday was the race.  We rode a bus down into the canyon. 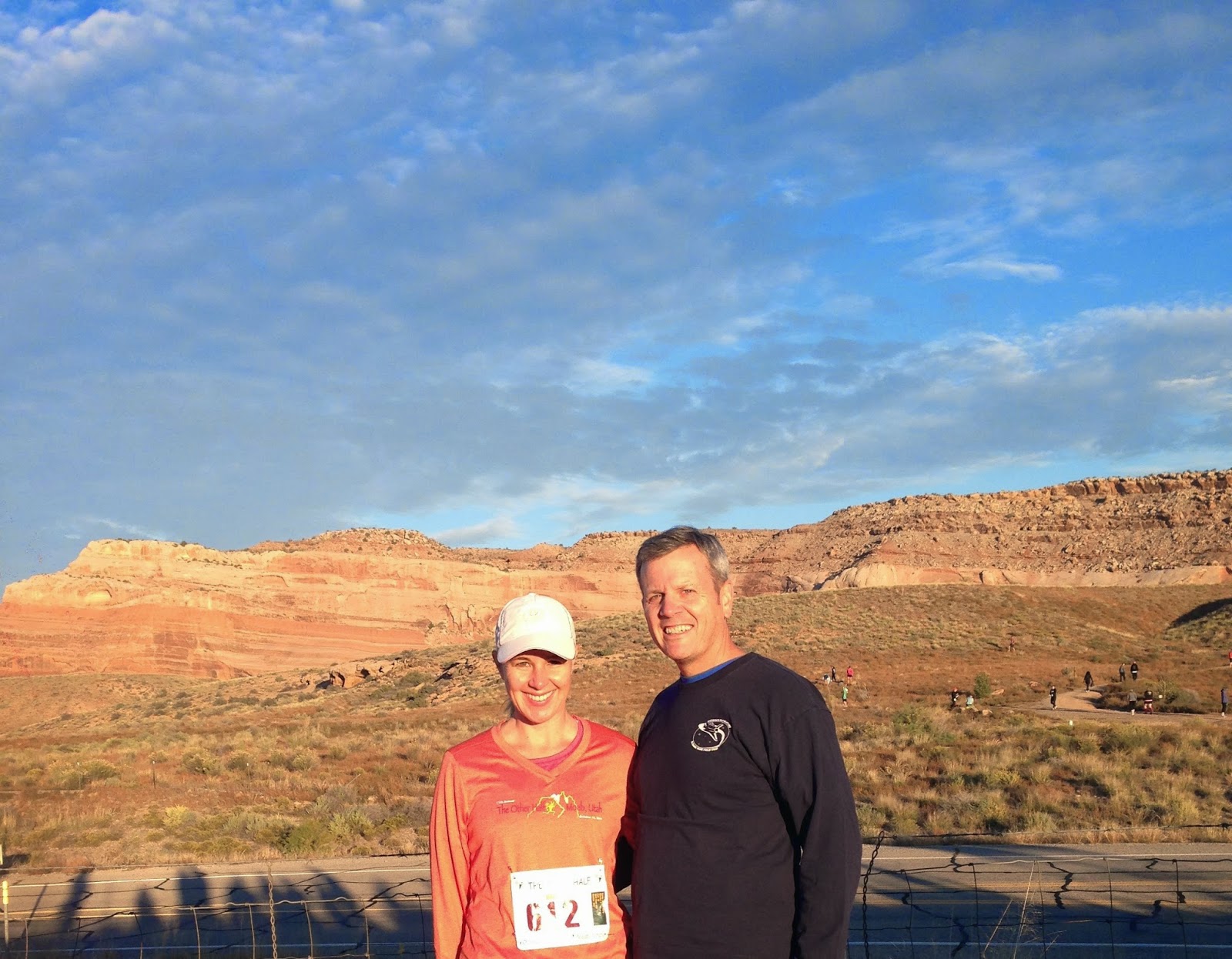 This is the view from the starting line. 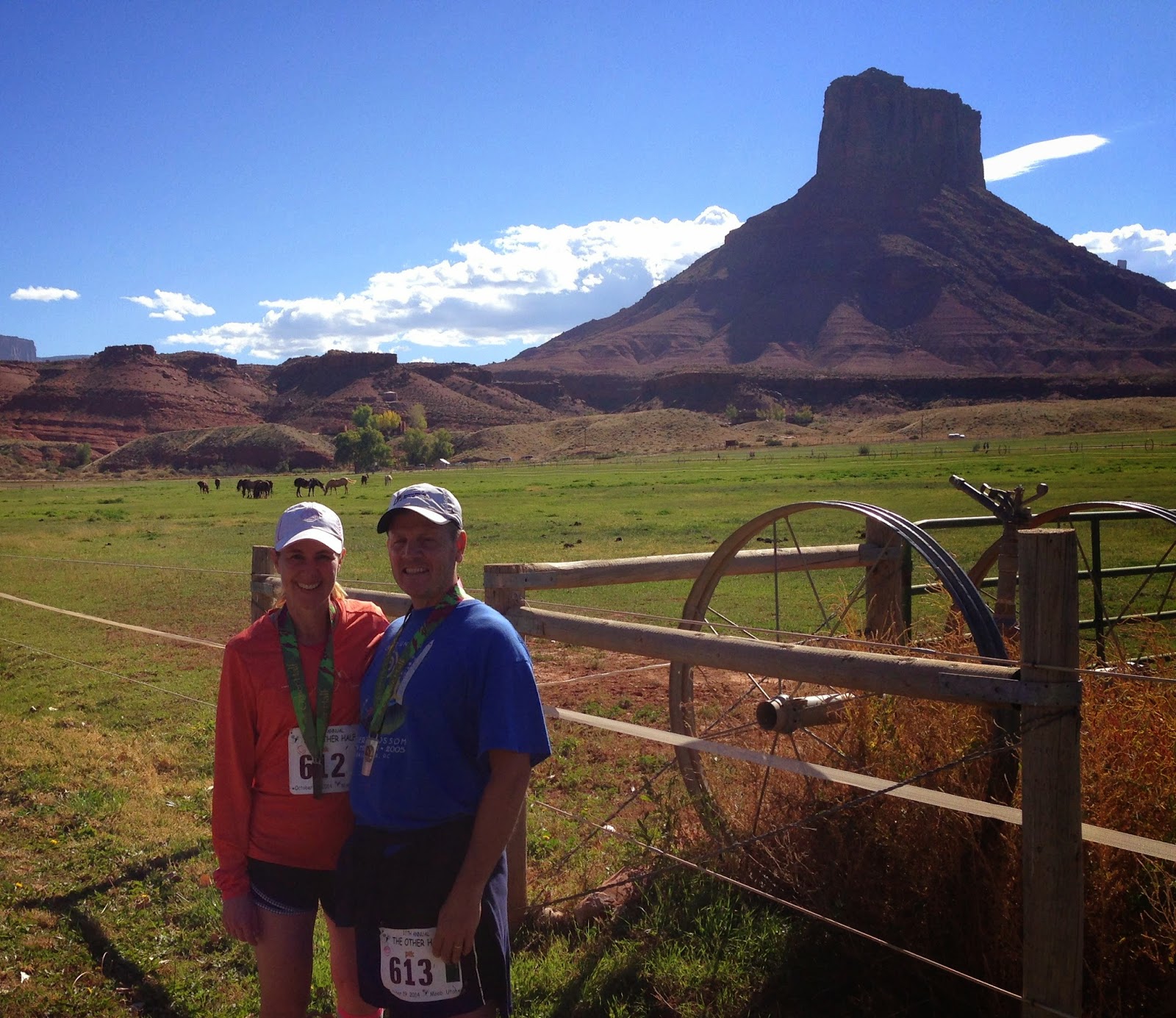 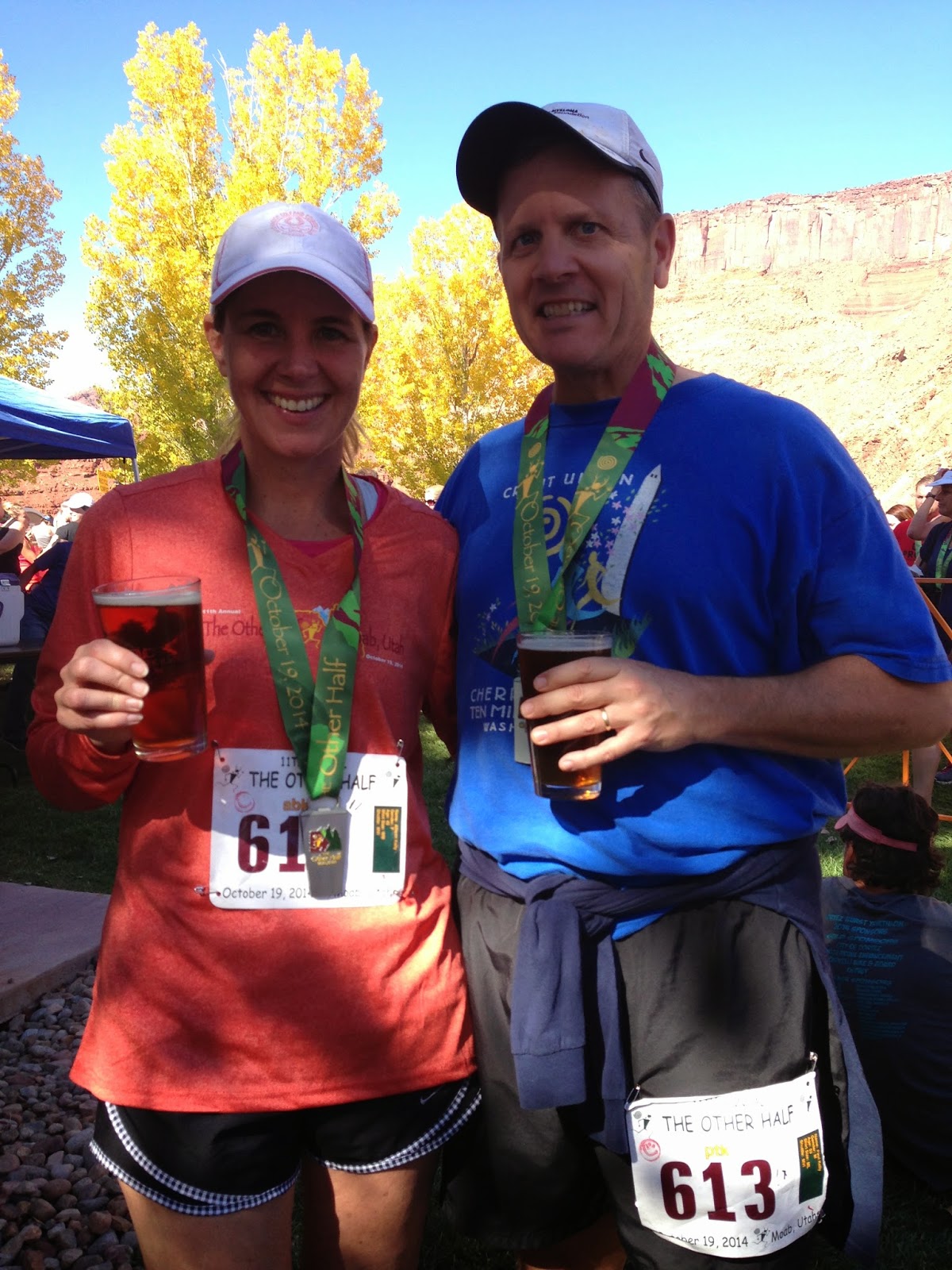 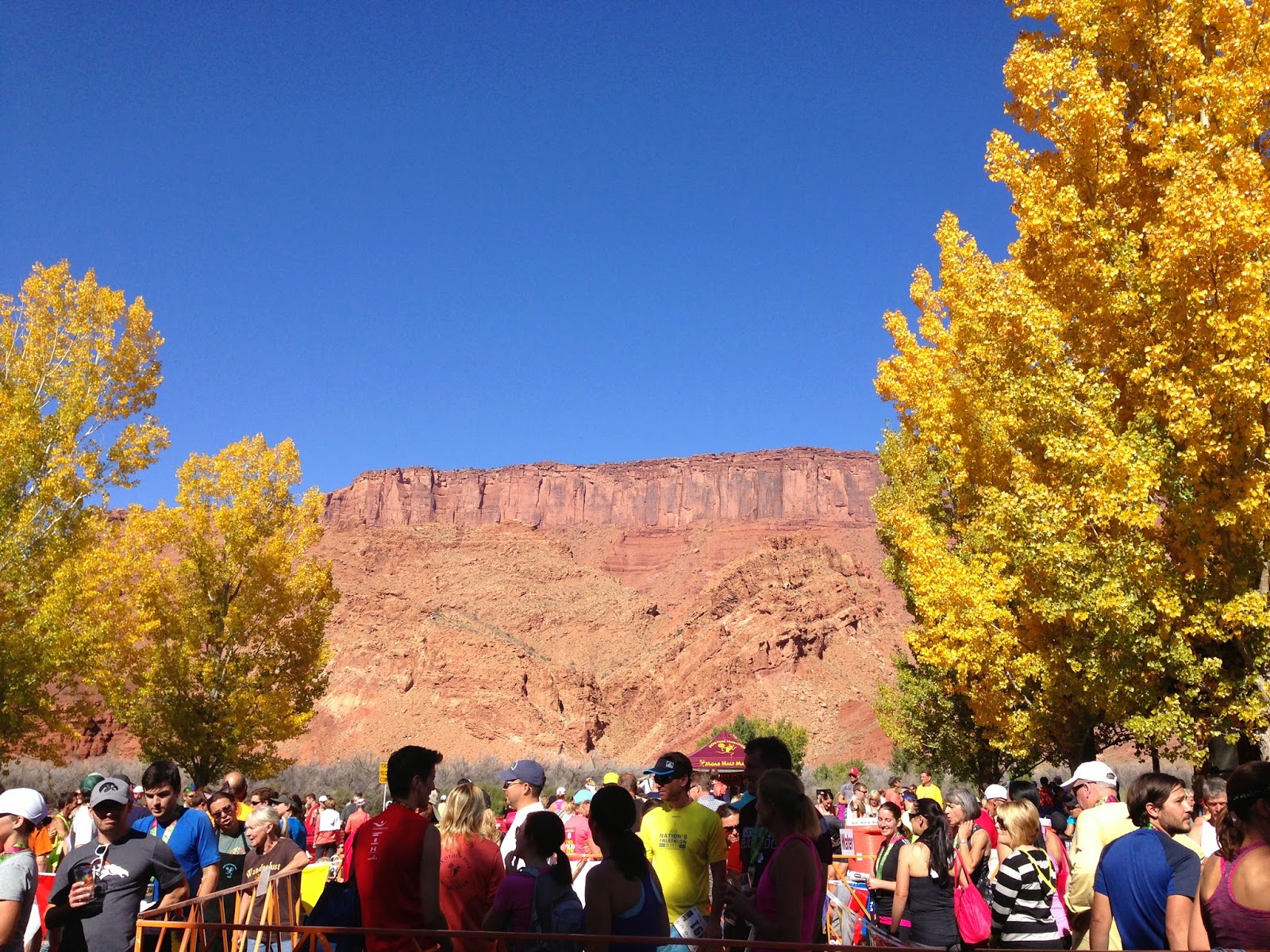 We couldn't have asked for more perfect weather, scenery or company.  It was an amazing adventure.  And, yes, we did "Have fun!" 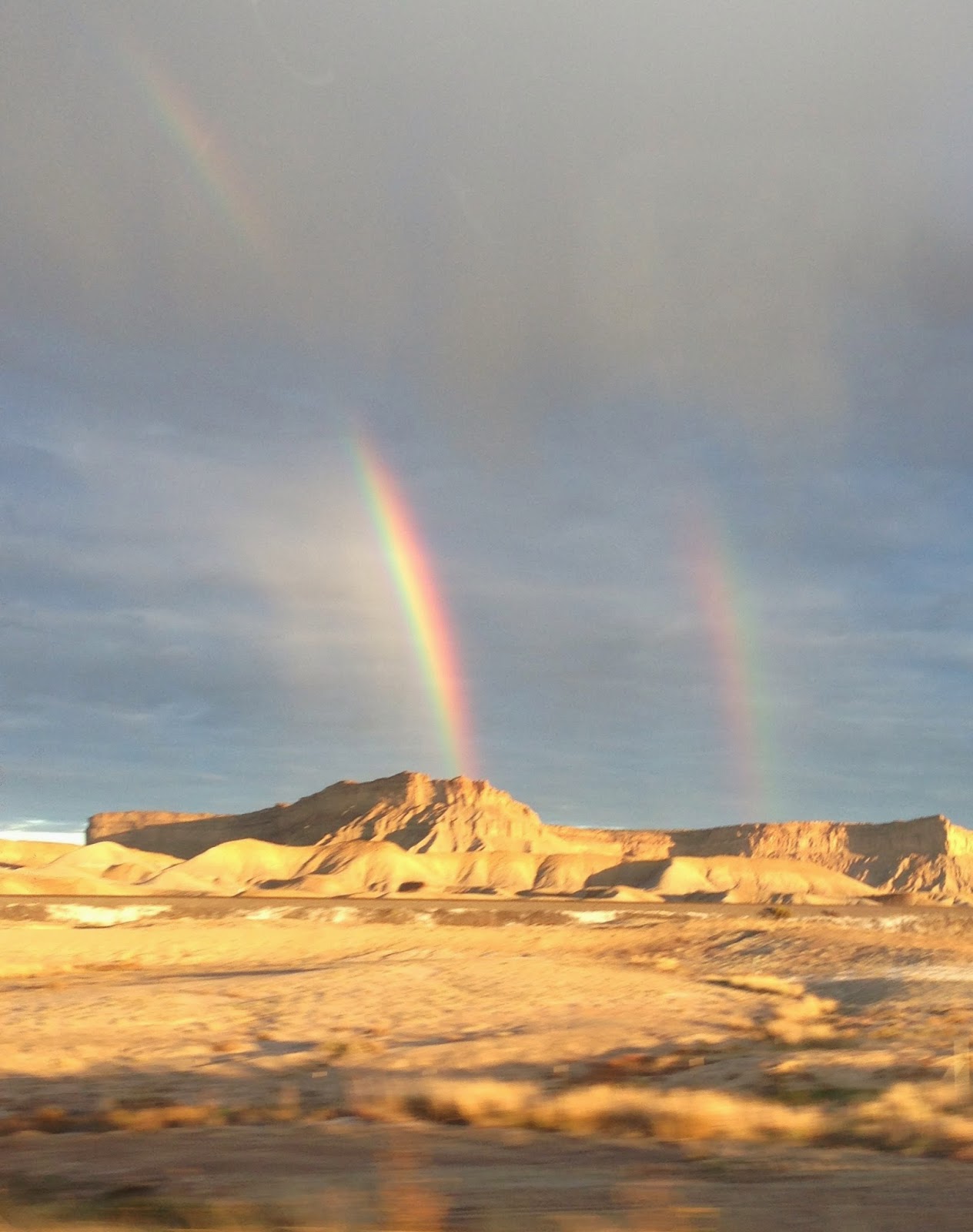 Email ThisBlogThis!Share to TwitterShare to FacebookShare to Pinterest
Labels: my adventurous side, running is cheaper than therapy
Newer Posts Older Posts Home
Subscribe to: Posts (Atom)